Have fun! This large and famous funfair situated in Ravenna welcomes the lovers of thrilling emotions (and offers them free tickets for the following day) giving them the opportunity to explore over 85 hectares of attractions and entertainment.

Mirabilandia is one of the biggest and most famous funfairs in Italy. It is situated in Ravenna and is easily accessible by both car and train.
Every year new attractions are arranged in Mirabilandia, thus offering families the possibility to experience utmost fun and relax. It boasts 47 breathtaking attractions.


Moreover, it stages interesting shows and events, breathtaking performances by skilled stuntmen and many more.


Among the brand new attractions, not to be missed is “Raratonga”. It is an outstanding journey across a Polynesian atoll to be made on board small boats equipped with water cannons. The island is scattered with dangers and hazards which make the journey an exciting and eventful one. The island is dominated by an impressive volcano erupting lava and lapilli.

Mirabilandia's funfair is able to suit even families' most demanding requirements, since it gathers special children's areas and breathtaking attractions for the most daring ones. Below is a list of the main attractions of the park:

Sierra Tonante - an amazing attraction, it was the tallest wooden roller-coaster in the world for many years. The name "Sierra Tonante" derived from the typical noise it produced.


Columbia & Discovery - an incomparable attraction, it features two 65-metre-high towers which offer visitors the possibility to experience utmost acceleration.
Eurowheel - it is not only a simple attraction offering breathtaking views over the underlying landscape, but the largest Ferris wheel in the world, which is also listed among the Guinness World Records.


Katun - set in the Mayan Age, amongst ruins, statues and fascinating characters, it is the longest and quickest inverted coaster in Europe.


Rio Bravo - have you ever sailed the rapids of a rushing river on board a rubber dinghy? Rio Bravo gives whole families the chance to experience thrilling emotions. It was the first attraction in Italy which offered such an amazing path.


Ghost Ville - escape from the ghost city (2006) - A brand new attraction, Ghostville gives visitors the opportunity to experience thrilling emotions. It is a frightening journey across abandoned churches and cemeteries populated by threatening characters.

Every day, Mirabilandia stages absorbing shows and performances. The funniest and prettiest funfair in Italy, Mirabilandia offers both children and adults the possibility to attend outstanding events conceived by its skilled international staff. Not to be missed is "Police Academy", an exciting performance by expert stuntmen.


Once again, Mirabilandia offers visitors the possibility to enjoy free admission on the following day. For further information, apply to the Tourist Office situated inside the park or visit our website. This special promotion gives families the opportunity to enjoy two amazing days here.


The car park situated in front of the Funfair gives the lovers of open-air holidays the possibility to park their campers in the proper Camping Area.
Mirabilandia hosts a 24hr cash machine for those who need to withdraw money.

Ladies toilets are provided with proper areas equipped with baby-changing units which are able to suit even mothers' most demanding requirements.


Even comfortable pushchairs can be asked for at the Funfair's Customer Service.

By train
Take the Ravenna-Rimini railway line and get off at Lido di Classe/Lido di Savio. The Funfair is situated about 3 Km far. The station is served by comfortable shuttle buses from and to Mirabilandia. 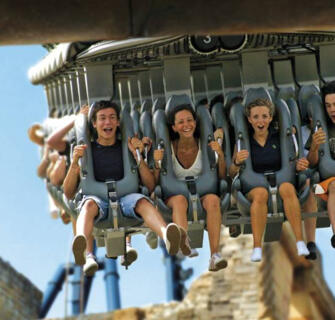 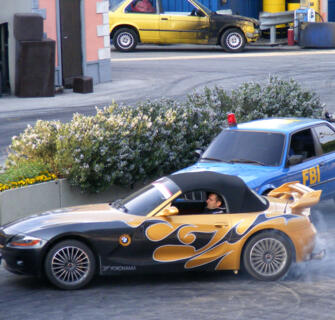 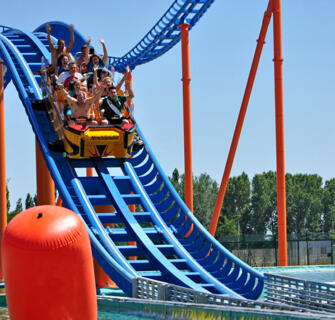 € 49per person
7 nights *
SINGLE PARENTS OFFER WITH CHILDREN ON HOLIDAY IN RICCIONE IN HOTEL 3 STARS
Validity: 28/5 - 18/9/2022
* All Inclusive Packages with Beach and Beach Village free for Single Parents in Riccione Hotels with Animation
Hotel San Marino