Information on how to arrive in and move around Riccione

In 1865, the railway line Bologna-Ancona started stopping at Riccione's railway station: since then, the Green Pearl of the Adriatic Sea has become very accessible, thus standing out as the ideal holiday destination for large numbers of tourists.

The A14 Motorway, the nearby Rimini's international airport and its strategic position, situated halfway among Venice, Florence and Rome, ensure Riccione quick, cheap and regular connections with the main European cities by plane (especially in summer), coach (daily service in summer) and train, the latter connecting it with the main Italian and foreign railway stations.

Riccione is served by an excellent network of public means of transport which gives guests the opportunity to leave their cars in one of the numerous car parks the city boasts. 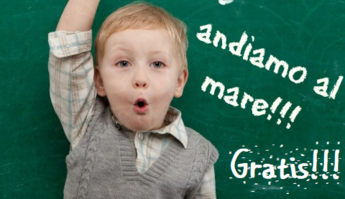 € 45per person
per day *
FREE CHILDREN IN JUNE IN HOTEL 3 STARS RICCIONE WITH PARKING
Validity: 3-10/6 2023
* All Inclusive Packages with Beach and Water Park included in Riccione hotels
Hotel San Marino